STARS4MEDIA: EUROPEAN BRIDGE BETWEEN THE MEDIA & THE TECH SECTOR

European news media today face an unprecedented crisis. It is, first of all, a crisis of identity: ever since digital platforms have entered the media field as new gatekeepers, traditional news media have struggled to re-position themselves in a digital-first media landscape. It is also an economic and societal crisis: financial resources and trust have both kept declining ever since, with worrying trends at play. Yet, the issues at stake are huge as the news media are important players in our democracies. The European Commission has addressed the crisis of news media amongst others by starting to channel resources towards media innovation.

Media professionals, media organisations and tech companies from EU countries have the chance to cooperate around bottomup initiatives to test ideas and technologies, develop new business models and produce journalistic content. Partners of the project are the Vrije Universiteit Brussel (VUB), Europe’s Media Lab (Fondation EURACTIV), STARS4MEDIA EUROPEAN BRIDGE BETWEEN THE MEDIA & THE TECH SECTOR the European Federation of Journalists (EFJ), and the World Association of Newspapers and News Publishers (WAN-IFRA).

The project is co-funded by the European Commission. For this first Stars4Media edition starting in 2019 small teams of media professionals from cooperating media outlets based in at least two different European countries, were invited to submit proposals for initiatives. These were typically 3-month projects for kicking off an innovative idea across two main areas: Trust in media and Data for media. In Spring 2020, the jury members selected 21 Initiatives which were co-financed, out of 41 applications, involving 105 media professionals from 42 media outlets in 17 countries.

At this event, more than 200 media professionals and policy makers from the European Union gathered, including VP Commissioner for Values and Transparency Věra Jourová. In her keynote speech Mrs Jourová offered a comprehensive approach to support the media, addressing the threats to sustainability and media freedom. The Media and Audiovisual Action Plan includes NEWS – the initiative gathering all relevant funding opportunities for the News Media sector, inspired by the MEDIA programme for audiovisual and films.

The main takeaways of the conference were:

– Collaboration within the media sector is crucial: across disciplines, organisations and countries

– Strong private and public media are required, with synergies between EU funding, private funding, and philanthropic support for sustainable journalism.

Technological innovation is also key. José Manuel Sanz Mingote, Director of EFE news agency explained that “the crisis has also had a positive effect: highlighting the importance of truthful and nonpartisan journalism. At EFE we give the highest priority to investment in technology, we aim at full digitalisation.”

Christophe Leclercq, founder of EURACTIV Media Network & Europe’s MediaLab mentioned: “We need a strategy to rebalance the information ecosystem between social media giants and media: competition rules, DSA, DMA, all this is important. We also need better innovation and cooperation skills, and better infrastructure, for example for content sharing. Strategy, skills and infrastructure: these are the three legs of Media4Europe.”

Following the success of the first edition, the Stars4Media second edition will increase the number of participants. Initiatives should contribute to innovation in new editorial products and formats, emerging technologies or other innovations at the organisational level. Participants are media professionals, coming from different departments (general journalists, data journalists, graphic designers, tech developers and managers for social media, products, marketing (mainly young “rising stars”, plus their optional senior mentors), either acting from within a media organisation or as freelancers, collaborating around an innovative idea: a Stars4Media ‘initiative’.

Stars4Media Second Edition will put a particular focus on technology innovation. Media professionals need to understand what automation is and how it affects their work, but they don’t need to learn how to code and go in-depth about learning data analytics and acquiring skills in software development. They need to learn how to better collaborate with other departments.

Stars4Media is fostering collaboration between innovative tech start-ups and the media. Typically, a Stars4Media initiative revolves around one topic, under one wave. However, it is possible that applicants propose a topic of their choice which is cross-wave (e.g. data journalism addressing the topic of diversity). Stars4Media welcomes bottom-up ideas.

Innovative Start-ups are also welcome to submit their ideas or simply show interest in the programme, and join a community of media innovators. By participating in Stars4Media as a media organisation or tech company, you will:

– Grow your network with innovative media and tech companies in Europe

– Develop and motivate your staff and future management

As a media professional you will:

– Cooperate with another European media organisation for 4 months

– Join a community of media innovators from all over the European Union Each initiative can benefit from a grant of up to approximately 30,000 € for its development.

This amount is subject to variations, for details please contact the Stars4Media team via the email address below. The development of the initiative will be monitored, evaluated, guided and facilitated by the Stars4Media expert/coaches team. The reporting and administrative process will be light. Proposals can be submitted by July 1st.

Stars4Media Second Edition builds on the original idea of a Europeanwide response to the crisis of the media sector. To accelerate innovation through European cooperation, this second edition will harness these key dimensions: the flexibility, the virtual component of the exchanges, the innovative approaches and also junior professionals supported by senior mentors. The Stars4Media Consortium has started advocating for transforming the Pilot into a much-needed permanent media innovation and exchange programme.

Members of the European Parliament, as well as relevant decision-makers at the European Commission, have been involved in a dialogue on policy solutions to support the news media.

For information on the project: info@starsmedia.eu 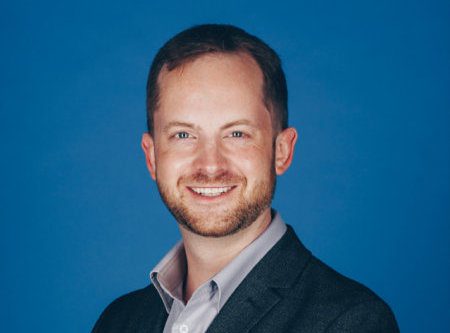